The bongs of Big Ben have sounded for the final time before they are silenced for a four-year period of restoration workon the Elizabeth Tower.The tower is undergoing a ￡29m programme of renovation until 2021, but the prime minister and several MPs have raised concerns over the plan to silence the bell.To get more news about glow in the dark mushroom bong, you can visit sharebongs.com official website.

House of Commons authorities said workers would not be able to operate safely next to the ringing of the 13-tonne bell. But it will still sound for events such as New Year’s Eve and Remembrance Sunday.The Commons commission said it will review the timescale after complaints were raised, including by Theresa May, who said it “cannot be right” for the bells not to chime regularly for four years. 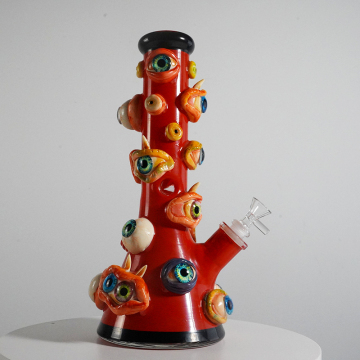 A handful of MPs gathered by the members’ entrance to the Houses of Parliament on Monday to mark the occasion of the bell’s final chimes.

In New Palace Yard, 200 parliamentary staff watched the bell bong, with the jocular Labour MP Stephen Pound wiping a tear from his eye. “Bong-o gone-o, that’s so wrong-o,” Pound told reporters as he arrived in the courtyard. As the final bell rang, Pound called the sound “misery in the key of E”.This is a desperately sad moment and you don’t know what you’ve got till it’s gone,” he said. “I think it’s the passing of something that means a great deal to a great many people – certainly to my constituents. It’s an elegiac moment of sombre sadness as the bells cease.”

Pound said he doubted that the chimes would return on schedule in 2021. “They’re not going to be back in four years. Have you ever known any government project come in on time or on budget?” he said.

Pound was joined by the Labour MPs Jess Phillips and Rupa Huq, who both said they had been walking across the yard coincidentally while in parliament to deal with constituency business. The Conservative MPs Peter Bone and Matt Hancock also listened to the final chimes among the crowd.

Phillips, the MP for Birmingham Yardley, said she had returned to speak to the Home Office on behalf of a vulnerable constituent. “That’s what’s more important,” she said. “I don’t care about those bells, but one thing I do really care about is worker health and safety.”

Huq, who had finished giving a tour of the Houses of Parliament to a group of constituents, said politicians needed “a sense of perspective – it’s not a day of national mourning”.

“We’ve seen what happens when you scrimp on health and safety – Grenfell is the extreme example,” the Ealing Central and Acton MP said. “Sometimes we have to strip away at some of the layers of sentimentality and tradition just for the sake of it.”

Three Eurosceptic Conservative MPs – Bone, Jacob Rees-Mogg and Andrew Bridgen – have previously called for the bongs to ring at midnight after the UK leaves the EU on 29 March 2019.